On January 4, 2017, Immigration, Refugees and Citizenship Canada (IRCC) issued 2,902 Invitations to Apply (ITAs) for permanent immigration to Canada. This is the largest ever draw since the Express Entry system was launched in January, 2015.

ITAs were issued to candidates in the Express Entry pool with a Comprehensive Ranking System (CRS) score of 468 or above. This represents the first time the required minimum CRS score has dropped below 470 since April 20, 2016, when the minimum required CRS score was also 468. Consequently, the draws continue to follow predictions made following November’s improvements to certain Express Entry and CRS criteria, that the number of ITAs will rise and the required CRS score will decrease.

Candidates who received an ITA in the January 4 draw are now in a position to submit an application for Canadian permanent residence to IRCC.

Individuals who wish to apply for Canadian permanent residence through the Federal Skilled Worker Class (FSWC), Federal Skilled Trades Class (FTSC), or Canadian Experience Classz(CEC), are first required to enter the Express Entry pool. Upon entering the pool, they are assigned a CRS score based on factors including civil status information, education, work experience, language ability, and other criteria. Candidates are ranked in the pool according to their CRS score, and IRCC periodically conducts draws to invite the highest-ranking candidates to submit an application.

Candidates in the pool may increase their ranking in a number of ways. Learn more about increasing CRS score and ranking.

For more information on draws from the Express Entry pool that have taken place so far, consult this table. 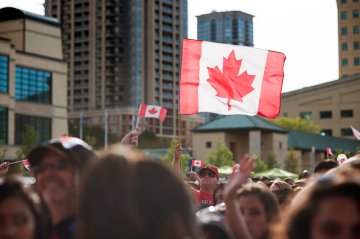 To find out if you are eligible for immigration to Canada, please fill out a free online assessment today.

R.S Mehta
I am writing to thank for the efforts and the excellent service that Maplefly have put in for us to get our Canada PR.I once again thank the whole Maplefly team to guide us through this journey. Sometimes such services cannot be just thanked they can be only felt.I and ...

Virat Rajpoot
I have very good experience with the company and with all staff members, they provide me all assistance related to my process, due to there efforts i got my application successful for Canada.I am very happy with the company the way they do handle the case.Thanks for your support

Parag Sharma
She was appointed to handle my case for consultation. She explained of the entire process and led me to a better understanding of the migration process and laws. The team was extremely professional but friendly at the same time.A friend of mine recommended me for immigration abroad. At first I ...
prevnext